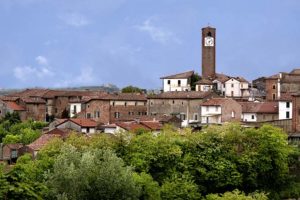 Located in the most eastern area of the province of Asti, the town of Mombaruzzo is surrounded by the countryside, with unique aromas and flavors. To the pleasant sweet-bitter notes of its traditional amaretti, it joins the inebriating taste of its wines and its grappa that bear witness to the deep-rooted vine-growing vocation of this area of the region.

Several buildings of historical and architectural interest to be seen: the church of Santa Maria Maddalena, the church of the Confraternita di Sant’Andrea, the former parish church of San Marziano and the civic tower.
The parish church of Sant’Antonio Abate, dating back to the 14th century and decorated in neo-Gothic style, is also interesting. On the top of the hill is Palazzo Negro Pallavicini, built between 1635 and 1645 by will of the Genoese nobleman Ambrogio Di Negro. 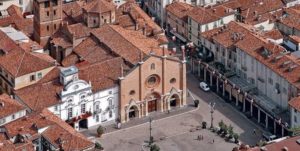 The city of Asti, seen from the top of the hills that surround it, can be recognized by the remains of two ancient castles and the white and reddish color of its medieval towers. The numerous strongholds of the Troya, Guttuari, Macalufo and De Regibus families give it an almost ancestral atmosphere.

Among the most noteworthy monuments are the Cathedral of the Assunta, a precious example of Piedmontese gothic style, the Cathedral of San Secondo, with its crypt and fourteenth-century frescoes, and the Romanesque Baptistery of San Pietro. The very long Corso Vittorio Alfieri (dedicated to the memory of the famous Asti tragedian) offers, instead, noble palaces of exquisite workmanship such as: Palazzo Alfieri, Bellino, Ottolenghi and Mazzetti. Moreover, in the surrounding areas you can visit the Church of Viatosto, the ancient Certosa di Valmanera and the prestigious arazzeria Scassa (tapestry manufactoring).

The city of Asti is also famous for the lively events that animate the month of September. Among these, stands out the Equestrian Palio (older than the famous Sienese race, having been disputed for the first time already in 1275), the Festival delle Sagre, dedicated to the typical village cuisine; and the Douja d’Or, a prestigious national wine competition. 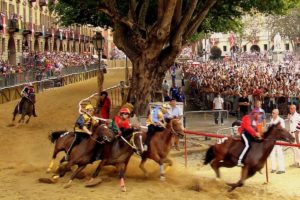 Monferrato: rolling hills covered with vineyards, villages surrounded by fields, Romanesque churches and medieval castles, aromas of wine, truffles and mushrooms. A microcosm of different environments, where man and nature have been walking arm in arm for centuries. The feeling that accompanies these images is of tranquility mixed with beauty. In fact, in 2014, UNESCO decreed the winegrowing landscapes of Langhe, Monferrato and Roero deserving recognition of World Heritage.

Tracing an itinerary of the Monferrato is almost impossible, so much is the variety of the views it offers. Views dotted with valleys and villages, where the woods alternate with the vine areas and where the cultivated areas give way to green meadows. Put the map in the drawer and let yourself be guided by curiosity. Because the Monferrato is an inexhaustible land. And always to be discovered.