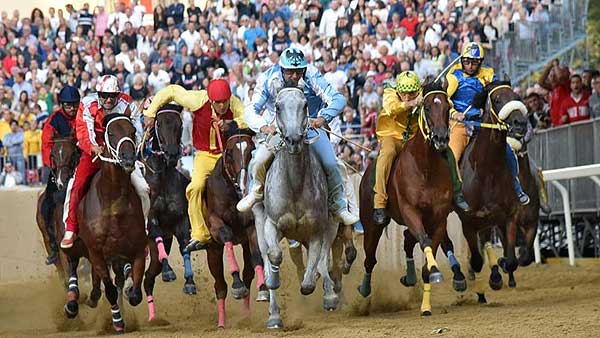 The Palio of Asti is a traditional festival of Asti that has medieval roots. It was born as part of the San Secondo patronal celebrations and culminates with a horse-mounted horse race. The feast for the Patron has been going on continuously since 1100. The first news of the race, however, quoted by the chroniclers of the time, date back to the end of the 1200s and also takes place uninterruptedly, except for two interruptions of 70 years, in 1800, and of 30, in 1900. The race, which was once held during the patronal festivals of the month of May, ran “alla lunga” through the “Contrada Maestra”. Starting from 1988, however, is disputed within a circuit located around the central Piazza Alfieri. 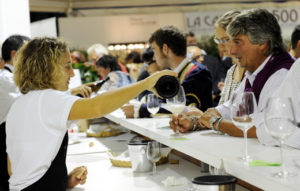 The Douja D’Or is a national wine competition held every year in September in the city of Asti. The event, founded in 1967, is realized by the Special Agency for the Promotion and Regulation of the Market of the Chamber of Commerce of Asti. The goal is to promote the knowledge and appreciation of the best Italian wine production, educating consumers in the choice of wines.

Every year a national competition for wine D.O.C. is launched. and D.O.C.G. The commissions of experts and technicians of ONAV, after a careful selection, award the “Douja d’Or” to wines that have achieved the score of 85/100. These labels will be able to boast the “Douja d’Or” stamp, while only those who have passed the 90/100 mark will receive the Douja Oscar. 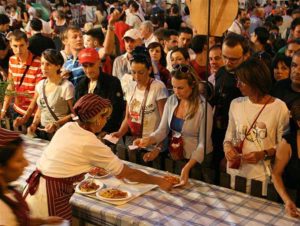 The Festival delle Sagre is an eno-gastronomic event held in Asti in September. Over 40 Pro Loco from all over the province of Asti offer their gastronomic specialties, accompanied by D.O.C. wines. astigiani, in a large “outdoor restaurant” set up in Piazza Campo del Palio in Asti. 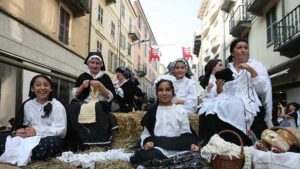 Here, starting from Saturday and all day on Sunday, thousands of people can sit down and feast on this ancient reconstructed village. On Sunday mornings, moreover, a suggestive parade winds through the streets of the city, animated by more than 3000 people in authentic vintage clothes and with lots of animals, tractors and craft tools. The Festival of the festivals of Asti is considered the kermesse par excellence that celebrates the values ​​of the rural tradition of the province.